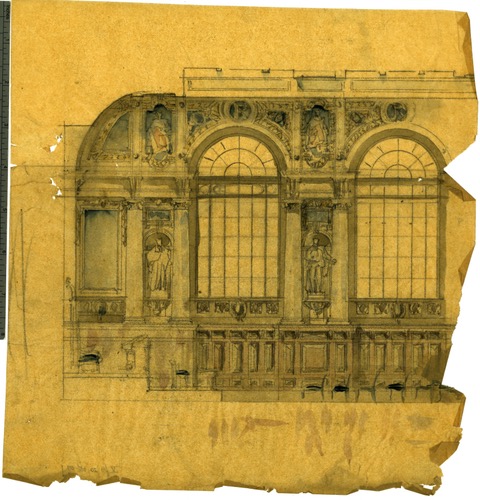 “Julia Morgan, Architect: Challenging Convention” will open at Cal Poly’s University Art Gallery in the Dexter Building (34), Room 171 on Saturday, January 15, and remain open Tuesdays through Saturdays from 11 a.m. to 4 p.m. through February 11, 2022. An interactive virtual tour mirrors the exhibition online and will also be open through April 30.

Those interested are invited to a lecture preceding the opening, which will be given by Dr. Karen McNeill, an expert on Morgan and her work, via Zoom on Friday, January 14, from 5 to 6 p.m. (Zoom ID: 838 0432 1753). The campus community is also invited to a closing reception of the exhibit on Friday, Feb. 4, from 5 to 7 p.m.

Morgan was the first woman to be accepted to and graduate from the prestigious architecture program at the École des Beaux-Arts in Paris. In 1904, she became California’s first female licensed architect and continued to break gender barriers throughout her career. As one of America’s most prolific architects, she designed more than 700 buildings, including Hearst Castle. She was the initial woman to receive the American Institute of Architects Gold Medal, the profession’s highest honor, bestowed posthumously in 2014.

RSVP for the CAED-Hosted Reception